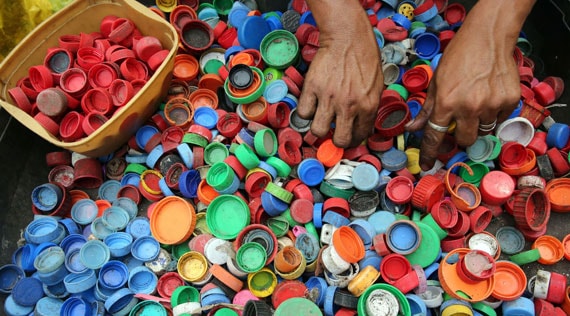 RecyclingMonster - Westmoreland Cleanways and Recycling has closed its Unity recycling center until it moves to a proposed new location in the township, near Pleasant Unity.

In the meantime, local residents have other options for recycling items such as paper and appliances containing Freon, but there are no nearby substitutes for the drop-off glass and electronics recycling services Westmoreland Cleanways has offered.

Westmoreland Cleanways hopes to reopen in mid-February for recycling drop-off services at its proposed new site along Pleasant Unity-Mutual Road, just south of Route 130 and across the road from the Unity Township Municipal Authority office, Executive Director Ellen Keefe said.

Friday was the last day for recycling services at the existing center, along Route 30 at Innovative Park, Keefe said. No further recyclable materials will be accepted at that location, but Westmoreland Cleanways will continue to operate a business office there from 9 a.m. to 4 p.m. weekdays.

Westmoreland Cleanways is one of the few organizations that has accepted glass, televisions and other electronics for recycling — services it plans to resume at the new center.

Residents would have to travel far to take advantage of other public drop-offs offered by Westmoreland Cleanways’ partner in electronics recycling, JVS Environmental. Those interested may drop off electronics noon to 4 p.m. Thursdays at the company’s Friedens headquarters. Call 724-228-6811 for more information about a drop-off it offers in Ellsworth, Washington County.

A spokeswoman at Hempfield’s Bradish Glass said that company, which partners with Westmoreland Cleanways on glass recycling, doesn’t have a public drop-off service at its location because of safety concerns.

Keefe suggested people who rely on Westmoreland Cleanways for recycling services “call us if they have something they want to recycle and are looking for an alternative, or hold on to it until the new recycling center is open.”

Supervisors Chairman John Mylant said, after a discussion with Keefe and seven nearby residents last week, the supervisors may reconsider approval at their Feb. 13 meeting.

“We have to see what kind of feedback we get,” Mylant said. “We just want everybody to be well-informed on what’s happening, so that nobody gets blind-sided.”

He said residents wanted assurances that junk wouldn’t be stored outside at the property and that materials wouldn’t be burned there.

Keefe said Westmoreland Cleanways “wants to be good neighbors.” She has noted the organization is required to keep materials under roof, in accordance with state environmental regulations.