Orange County residents may have noticed some new stickers on their blue curbside recycling bins as part of the Solid Waste Management department’s new Recycling Star. The initiative aims to educate people on what can be recycled — with some extra incentives for those who do it best.

Some community members may not think about what happens to their recyclables after putting them into the big, blue bins that get emptied each week. But Kyra Levau, who is the community engagement supervisor for Orange County’s Solid Waste Management, says there are several important steps.

In order for the recyclables to be prepared and divided for sale to different services, Levau says the county works with a material recovery facility, or MRF.

“That’s where all of the materials in the blue recycling cart are sent to,” she explains. “At the MRF is where it’s all sorted out into the different categories. Glass, paper, cardboards, plastics are sorted separately, and then the aluminum cans and metal.”

But the county’s preparation of those materials will hit various snags when things that are not accepted for recycling get put in collection bins. Waste Management’s Research and Data Manager Cheryl Young says the items — labeled as contaminants — range from food and single-use plastics to batteries, construction materials and even toilet seats.

“In 2019, we actually contracted and had a recycling sort done, which is where materials were collected from all the various streams, brought together and sorted. Collectively, it was a little over 12 percent that were deemed contaminants. Although we’d like it to be lower than that, in comparison to many, many communities, we are ahead of the game.”

That doesn’t mean, however, Orange County wants to stop there. To help educate and incentivize residents, the waste management department launched the Recycling Star program a few months ago. Solid Waste Management Director Robert Williams said it was an idea he’s held onto for 15 years after hearing about its success at a convention.

For the first step, staff members replaced messaging on the county’s recycling bins with updated information and details about the program, which Levau says alerts residents with stickers for if they’ve recycled the right materials.

“They’ll receive a ‘star’ letter saying, ‘Thank you so much for being an exemplary recycler’ if we don’t find any contaminants in the cart,” she says. “They could receive a ‘light contamination’ letter, which means it’s not really the hazardous or dangerous contaminants, but it’s still [not sorted correctly.] Or they’ll get an ‘oops’ tag, which means we saw some more significant contaminants that we’re really trying to cut out of the stream and that means that the recycling cart will not be collected.”

For those residents who receive an ‘oops’ sticker, Orange County Solid Waste Management says they will need to remove the contaminants to receive collection the following week.

The education measure is done at different neighborhoods and streets every few weeks, which allows the recycling collectors to check bins for improvement. Young says during the initial test run of a neighborhood, the returns were very clear.

“We started this [program] pretty small because we were tweaking out process as well,” she says. “[But] went from the first inspection [recording] 43 percent of the carts having serious contamination that resulted in oops tags. By the last round of that neighborhood, we found four plastic bags. So…dramatic improvement.”

“Our prizes include three different options,” says the supervisor. “It’s either a $50 gift certificate to a local farmer’s market of their choosing, a $50 VISA gift card, or a backyard Earth Machine composter which is valued at $50.”

But Young says with recycling’s impact on cutting down local waste in landfills, there are already plenty of reasons for county residents to try and be Recycling Stars.

“It really is about educating,” she says, “and helping us all get better every day. We all live in the community and we all want it to have the most positive environmental impact that we can.”

More information on the Recycling Star initiative can be found on the Orange County Solid Waste Management website. 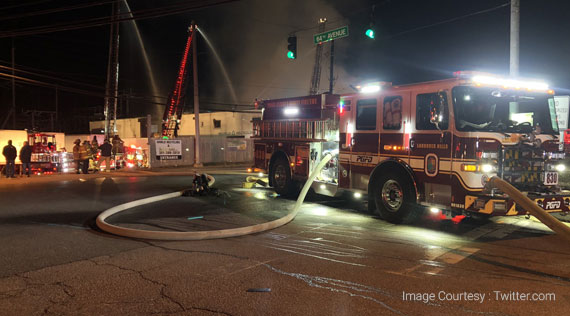